Skip to content
Give $20, Get $20Refer your friends
FREE STANDARD SHIPPINGOn domestic orders $150+ 🚚
Free returns & exchanges30 days after purchase
We were on our way to a wedding near San Fran the weekend of June 8th when we got a call from our friend and former UConn golfer, Eric Deitrich.
Eric shared the exciting news that he just shot a 67-66 in Sectional U.S. Open Qualifying to earn his bid to compete in the U.S. Open at Pebble Beach the following week and wanted to rep Rhoback at Pebble!
Instantaneously, we called American Airlines and postponed our return flight to support our guy Eric. When you have an excuse to be in Monterrey for a week, you take it.
This opportunity to have Rhoback at the U.S. Open and watch Eric compete was a special one for all of us, and really hit home for me. I grew up playing golf pretty seriously with “lofty” dreams of making it to the Tour. The U.S. Open qualifiers were always my favorite tournaments to play in…if you got hot enough during the Local and then Sectional Qualifying, you could punch your ticket to play in a tournament with Tiger and the game’s greatest – The U.S. Open. While I never made it to that level, it was always fun giving it my all and trying to play with the best.
Enter Eric…finally, our opportunity to get a taste of being inside the ropes at the U.S. Open. Steens and I followed Eric around on his Monday and Wednesday practice rounds. Eric was nice enough to invite us inside the ropes. The feeling of walking with Eric among the games greats (he teed it up with Justin Rose in one of his rounds!) was an amazing experience and something I won’t forget. The natural beauty of Pebble only added to the experience. Here’s an Instagram story we captured along with a few amazing pics from the practice rounds below.
Not surprisingly, Eric comes from an awesome family and support group. We spent so much time with him, his family, and his UConn coach, we felt like we were part of the fam. Add in that he was wearing Rhoback and we really felt like we were competing with him out there.
Eric – thank you for inviting us out and repping the brand at Pebble. We were honored to be there alongside you and can’t wait to see what else your future has in store. 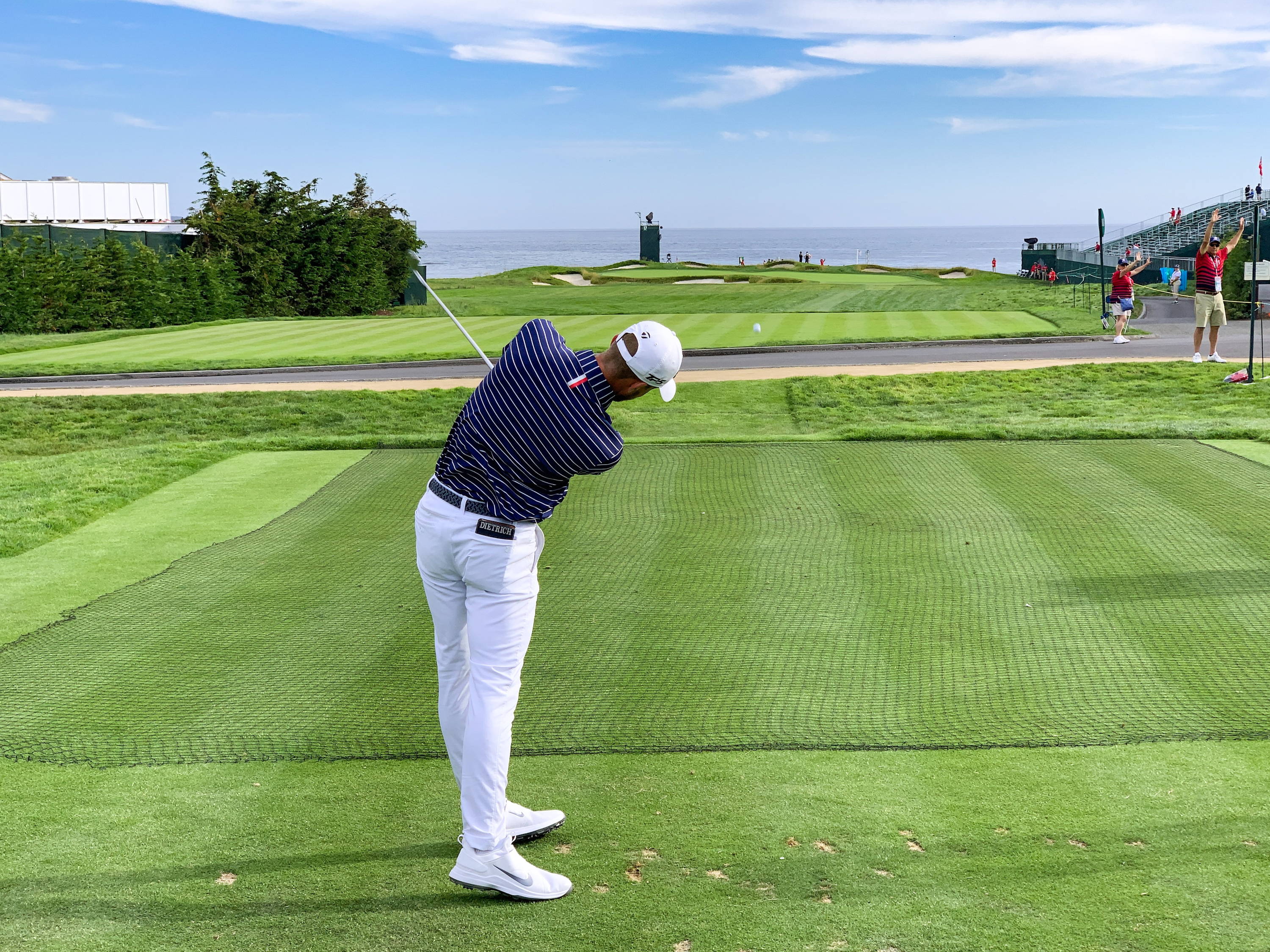